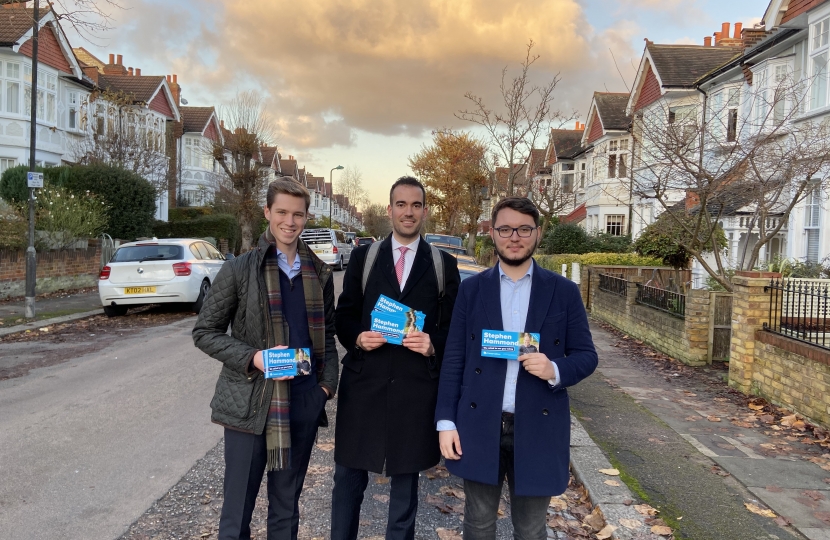 With his 14 years of experience as MP for Wimbledon, two Ministerial appointments and a very strong record of principled positions, Stephen Hammond has an enviably strong base to continue his winning streak.

For almost any other Conservative candidate winning this overwhelmingly moderate, centrist and pro-European constituency would be an impossible challenge. As YCGE realised, Brexit is by far the most popular topic on the doorsteps, and despite the vast numbers of Conservative Party Members in the area, there was widespread concern about the Party’s shift to the right.

Long-standing Conservative voters were reluctant to cast their vote for the Party, with many asking whether it still prioritises the economy and national unity. YCGE members were quick to highlight that Stephen Hammond is a leading centrist and pro-European figure who has stood by his principles during times of great hardship and at a great personal expense, not least by voting to stop a ‘No Deal’ Brexit and having the Conservative whip temporarily removed this year, or by rebelling against earlier votes at the cost of his position as Vice Chairman for the Conservative Party for London.

These actions were perfect proof points to reassure voters in Wimbledon and to ensure they support a sensible, principled and moderate Conservative voice, much desired among the public and very much needed during these historic times. We are thrilled that Stephen Hammond represents these values and is hopefully on course to win his seat once again.