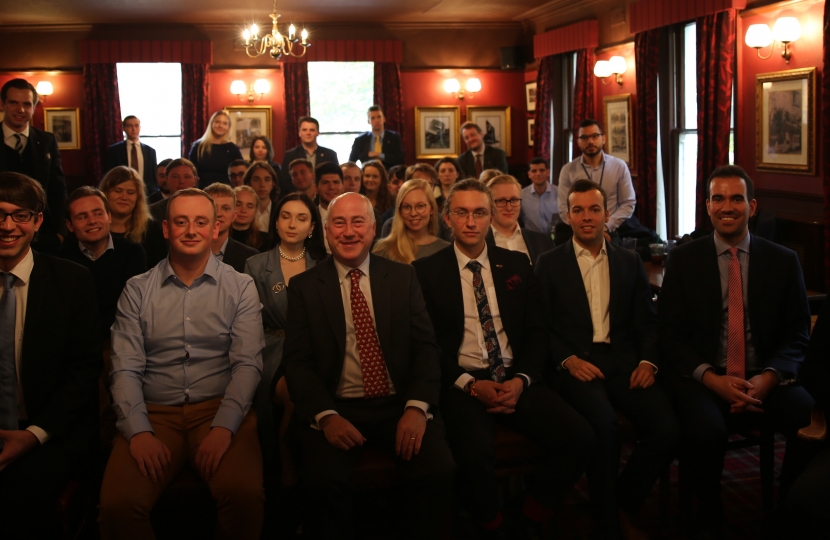 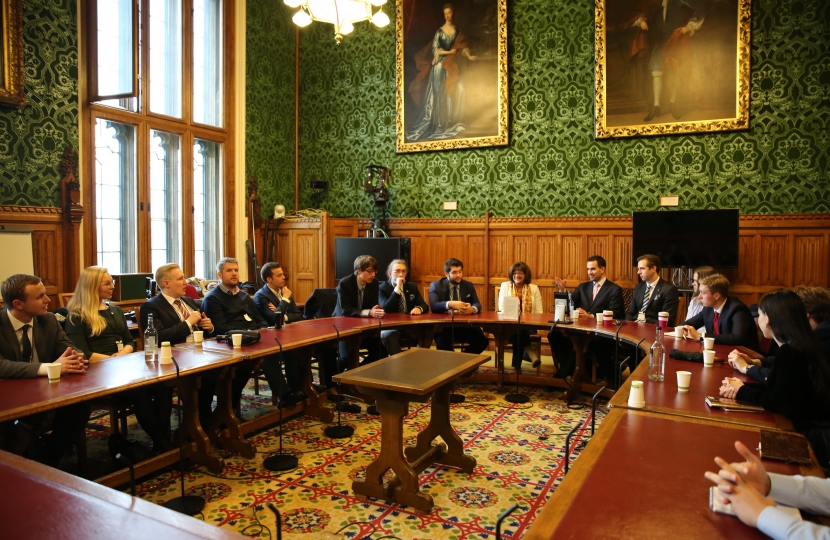 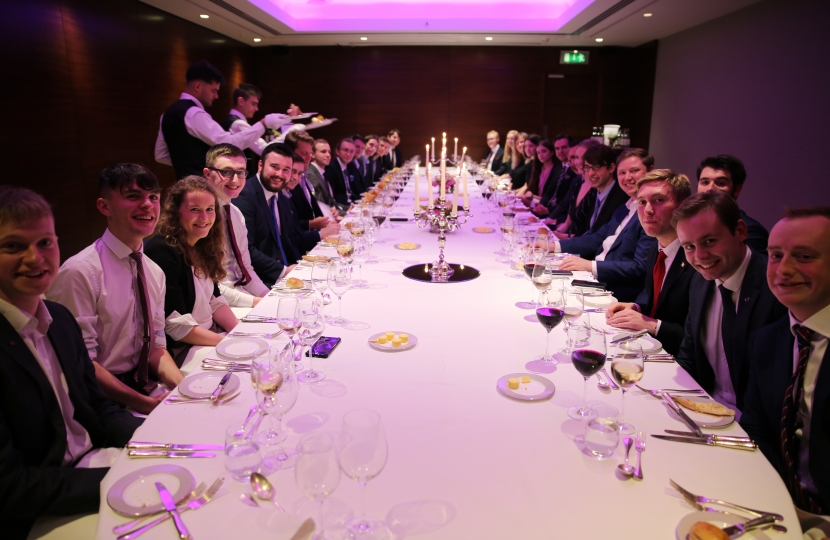 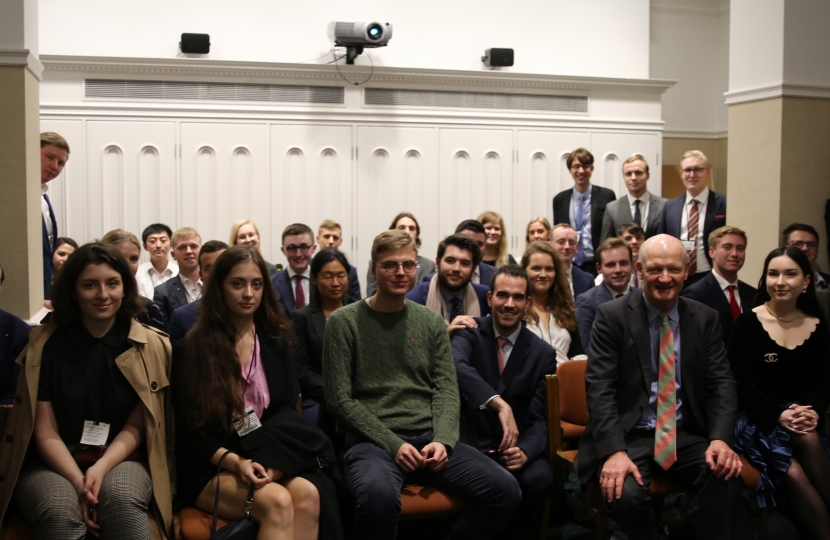 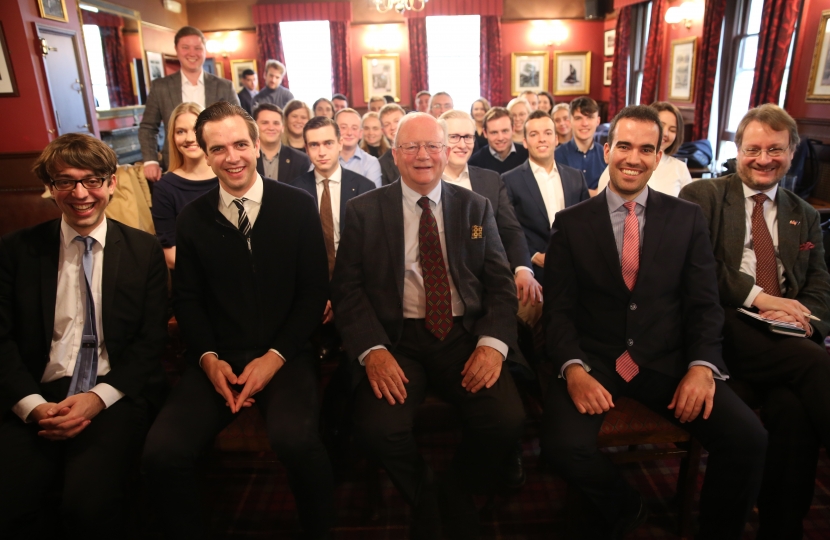 The Conservative Group for Europe sponsored a 3-day International Policy Seminar which was organised by our youth wing – the Young CGE. This is the second international conference which YCGE has organised within the past 6 months, and we are most pleased they are growing in strength, size and complexity.

As part of the conference, YCGE were thrilled to host a series of high-profile meetings with MPs, Peers and experts, as well as to welcome Young Fine Gael to London. We were delighted to hear that, by YFG’s own account, this was the largest delegation they have ever sent abroad. During these testing times for UK-Irish and Conservative-Fine Gael relations, it was most timely to develop connections and build trust between our countries and many of our future leaders.

The conference was also attended by the Conservative Associations of KCL, UCL and LSE, as well as by the leadership of European Democrat Students (the student wing of the EPP) and the Nordic Conservative Student Union, who collectively represented a dozen centre-right youth sections*.

On the first day the attendees visited the Houses of Parliament, experienced proceedings from the viewing gallery and had several hour-long meetings with Parliamentarians. The timing was most exciting – at the height of debates and the votes on when and how the upcoming general election will take place. Indeed Sir David Lidington reportedly had to cut short a meeting with the Chief Whip in order be on time for his session with YCGE, while Dominic Grieve MP had to literally run back to the House of Commons for a critical vote, after most kindly answering and getting drawn into a whole host of questions from the audience.

Following the adventures in the Palace of Westminster, the participants took part in a dinner organised by Konrad Adenauer Stiftung (KAS). The Head of KAS UK and Ireland - Felix Dane was very excited to see so many young leaders, and spoke at length about international centre-right relations and their importance in tackling the rise of populism and in reducing the strains in international relations which have grown due to a number of difficulties in Europe and it’s neighbourhood. He was thrilled that KAS can sponsor a dinner with so many young centre-right politicians and stayed until very late for one-to-one discussions. During this dinner event the participants also heard from Michael Cluff, a media expert and CGE Executive, who gave a thorough and very thought-provoking presentation on the media and communications aspects surrounding Brexit and how they have affected events, as well as the ways in which they will continue to do so.

On the following days the attendees heard from Bright Blue, a major think tank and pressure group advocating for liberal conservative ideas and policies. The attendees also had the opportunity to meet Ian Taylor MBE, who discussed the effects of Brexit on science and technology, as well as on the economy and society as whole. Following that, Edward Bickham gave a masterful account of the modern history of the Conservative Party, on how we have come to the present day circumstances, and what the most likely future outcomes will be. The attendees also heard from Tim Skeet, CGE Executive and City financier, who spoke about the business and finance perspective on Brexit and how the process so far has affected them. Finally, the Institute for Government visited us and presented a detailed and highly informative presentation on the complexities of the issues surrounding Northern Ireland, the border and the many perspectives and concerns surrounding it.

We are also most grateful to UCL CA, KCL CA and LSE CA for organising a ‘Port & Policy’ event as part of the conference, which was led by our international guests and gave them an opportunity to debate and present their views to over 100 young British Conservatives.

YCGE’s International Policy Seminar received fantastic feedback from all participants, with many of the international guests saying it's the best conference they've attended. The speakers were thrilled to talk to large and international audiences and YCGE is delighted to have further developed strong and lasting relationships with both international and British Conservative organisations.

We are looking forward to organising further events in collaboration with our partners in the UK, as well as to hosting more centre-right partners, thereby putting it into practice our aim for the closest possible relations with our partners and allies in Europe.