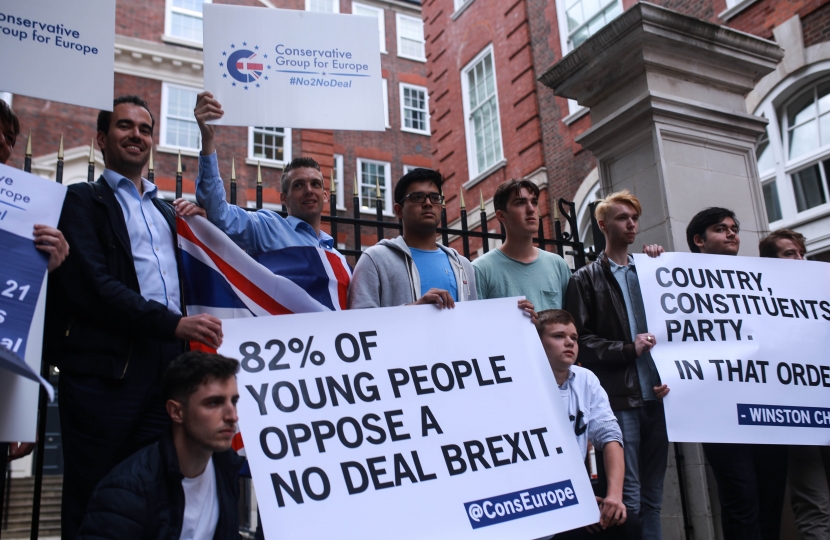 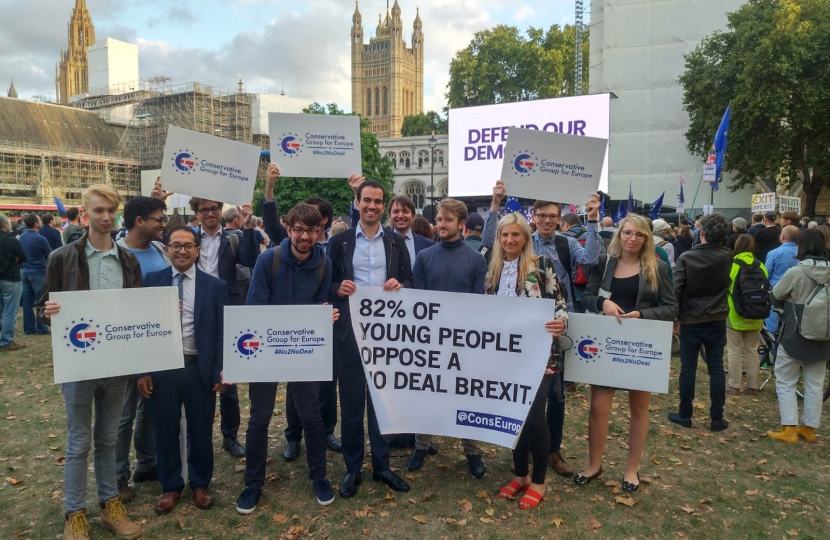 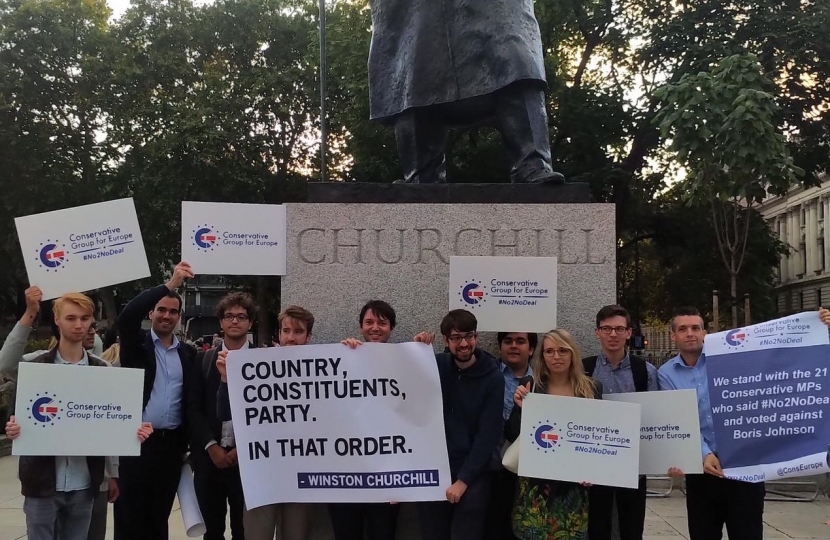 Many journalists, including from the BBC and The Guardian attended the event to understand what has driven young Conservatives to protest against the Boris Johnson administration.

Former MP Ben Howlett expressed his support and highlighted that it is “unheard of” for young Conservatives to protest, signifying the gravity of the situation we find ourselves in.

Following the protest outside CCHQ, the group visited 10 Downing Street and joined a demonstration at Parliament Square. At all locations there was widespread support, adulations and photos taken with enthusiastic Londoners, who expressed their delight with statements ranging from  "You’re the true Tories" to "Thank you for putting our country first".

Dedicated banners were printed with a range of slogans ranging from,

The protest is part of the Conservative Group for Europe’s #No2NoDeal campaign.