CENTRE FOR WESTMINSTER CONSTITUENCY ANALYSIS- Impact of No Deal Brexit 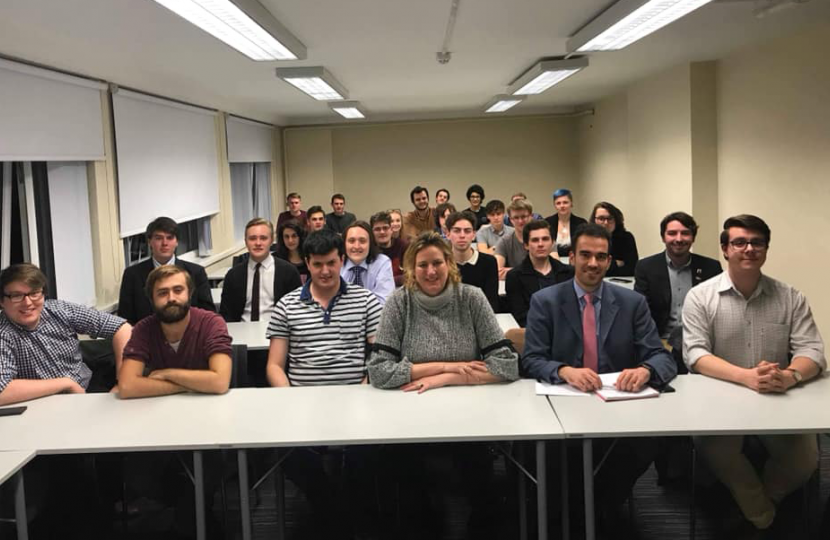 Today, Parliament watched by the entire nation must make Britain's most momentous choice for generations.

For their ‘meaningful vote’ each MP must now assess what's best both for their constituents and for the country. Only “fools and fanatics” will reject the best economic evidence available.

To assist MPs with their decision, the UKTPO (UK Trade Policy Observatory — https://blogs.sussex.ac.uk/uktpo/ ) has now published Britain's first constituency-by-constituency analysis of the impact of a No Deal Brexit (see Note below). This looks at job loss based on residence, i.e. where workers live, whether they work in the constituency or commute to another.

The results remain clear: an orderly No Deal Brexit (return to WTO terms for all trade) would be catastrophic in the medium-term.

Added to today’s total of 1.38 million unemployed (UK including Northern Ireland), these No Deal Brexit job losses would cause unemployment to rise by 54% to 2.13 million, increasing the unemployment rate from 4.1% to 6.3%.

Compared to claimants of Jobseekers Allowance (JSA — statistics available at constituency-level), the total 750,000 No Deal Brexit job losses dwarf the total JSA claimants in Great Britain, which currently stands at around 470,000. Eighty-one per cent of constituencies (510 out of 632) would suffer residence-based job losses greater than their total existing JSA claimants. These out-of-work constituents are all potential voters, endangering fragile electoral majorities.

And the UKTPO’s analysis does not even take into account the lasting economic & business impact of the many months of immediate disruption caused by a chaotic No Deal Brexit.

We (the CWCA — Centre for Westminster Constituency Analysis) strongly recommend that this detailed economic analysis is now reinforced by a constituency-by-constituency census of local businesses — enterprises sector-by-sector, together with the specific production, supply and service facilities located in each constituency, or its neighbours.

This local business mapping needs to be complemented by a profound bottom-up understanding of the fragile social fabric of each constituency. Social services and the NHS, already at breaking-point, will be overwhelmed by the additional demand of the jobless victims of a No Deal Brexit.

We urge MPs at least to participate in, and best-of-all ‘take ownership’ of, this modern ‘Domesday Book’ of Britain. MPs who fail to grasp these vital parameters of their constituency will have failed their constituents and their country, and thus deserve defeat at the next election.

The CWCA is a private (civil society) initiative whose aim is to create a permanent fact-based and politically neutral hub for parliamentarians and policy makers concerning the constituency-level impact of policy choices based on a detailed understanding generated through economic, business and social research. The Centre will rely both on analysis published independently by leading non-partisan academic and other sources, such as UKTPO, and on specific research it will commission. For further information on CWCA, please email [email protected] .