UK Government should change course in Brexit negotiations to build a new, constructive relationship with the EU 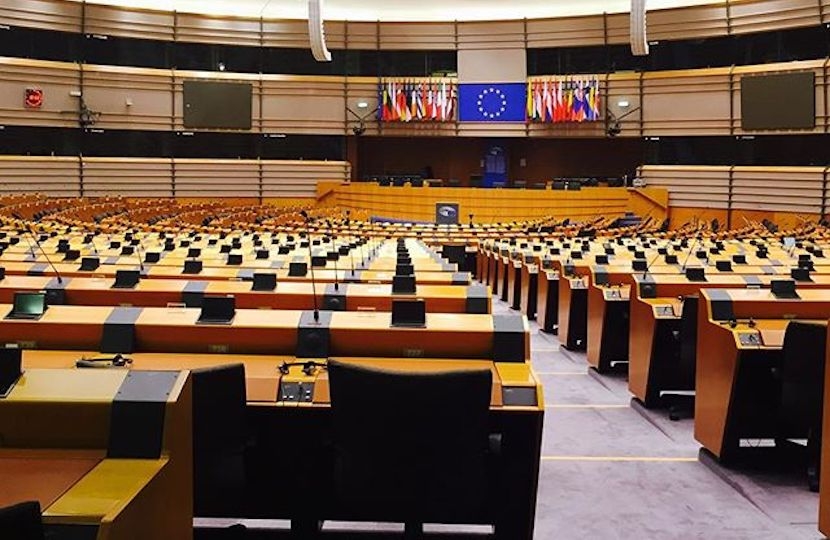 A new policy paper released today by the Conservative Group for Europe (CGE), the main campaign group for Conservative pro-Europeans, argues that the risks are high that the outcome of the exit negotiations will cause significant damage to the political and economic interests of both Britain and the EU, blighting relations for a generation. The CGE brings together over 30 Parliamentarians as members, with Ken Clarke MP as President and Neil Carmichael MP as Chairman.

In the Group’s first policy paper in a planned series during the Article 50 period, author and CGE Vice Chairman Edward Bickham sets out the risks from a bad or chaotic Brexit, saying that the British Government is in serious danger of ‘asking for the wrong things, in the wrong way and on the wrong timescale’.

Bickham: “With the Article 50 process starting, the Government should change direction to deliver a better Brexit that unifies the country and maximises the economic and political interests of both the UK and the EU.  That will involve disappointing the Brexit zealots. The negotiations will be difficult, but the UK government faces a choice – either pursue a Brexit with a strong UK-EU institutional relationship that could be a win-win, or settle for a deal that destroys prosperity and influence.”

The paper’s main points include:

CGE Chairman Neil Carmichael MP commented: “This publication is a powerful contribution to the necessary debate following the referendum decision as the period of negotiation under Article 50 begins. Securing the best possible deal for the UK is essential for peace, security and prosperity but the ultimate outcome must also enjoy widespread support in order to enable leavers and remainers to come together in the national interest. It should be studied with these objectives in mind.”

Bickham added: “Many statements from British Ministers have lacked empathy with our partners and failed to create the mutual confidence essential for successful negotiations. Many Continental leaders see the British approach as transactional, nationalistic and hostile to the EU.

“The Prime Minister has been disingenuous in simultaneously urging that the country should come together, whilst setting out negotiating objectives that polarise opinion. The Government is mistaken in its rigidity towards the ECJ, and its current approach is likely to cause serious economic dislocation and damage to employment, living standards and public services.

“The greatest weakness of the Government’s approach is that it is piecemeal. Like the Tin Man in the Wizard of Oz it lacks a heart. There is no vision for the new relationship: how it would work and how we would hope to have influence over the policies of our closest neighbours.

“Britain’s interests, values, security and prosperity are so inextricably linked with the countries of the EU that these must be managed in a structured way. Negotiating a new ‘institutional’ relationship will require goodwill and a longer-term strategic sense from both sides. Otherwise the real danger is that the negotiations will be hijacked by nationalist elements and that relations will be poisoned for a generation.”

The Conservative Group for Europe

Every Conservative Prime Minister, from Macmillan to Cameron, has recognised the importance of strong and committed British participation in European political and economic institutions. The Conservative Group for Europe was founded almost fifty years ago initially to campaign for British membership of the European Economic Community and thereafter for Britain to play a leading role in the European Union. Although we believe that the 2016 Referendum was a flawed process, Britain is now embarking on a course to leave the EU. The role of the CGE in these new circumstances is to campaign to preserve the fullest practicable political and economic co-operation between Britain and the EU in pursuit of our shared interests, prosperity and security.