The CGE AGM - continued successes, increasing activity and many plans for the coming year 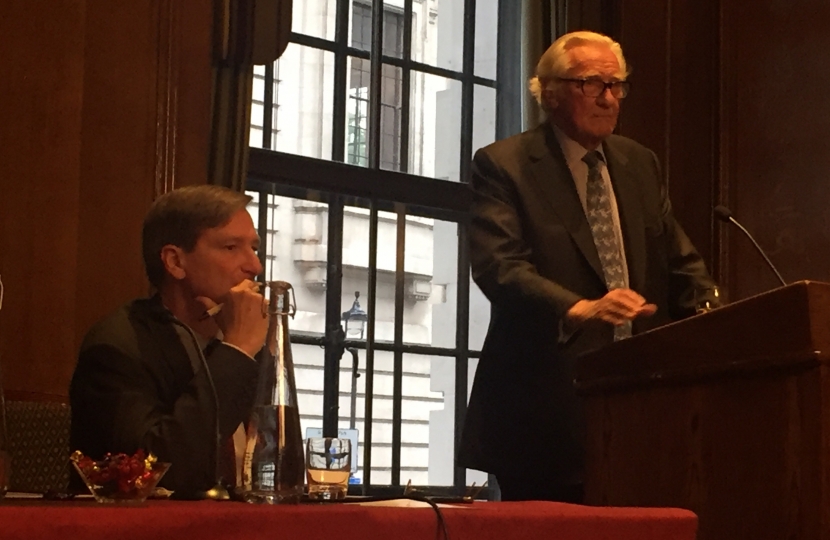 The Conservative Group for Europe AGM took place at the splendid Council Room of One Great George Street - right across from the Houses of Parliament. The room was full, with extra chairs at the back and a number of participants standing. The atmosphere was very positive, upbeat and optimistic with inspiring speeches, convivial discussions and many plans for the future.

Our President, the Rt Hon Ken Clarke CH QC MP opened proceedings and chaired the event, while our Chair, the Rt Hon Dominic Grieve QC MP and Lord Heseltine recapped our work and the many successes of the past year, some of which include:

Following the election of the new board, the CGE Treasurer, Mark Leverton spoke about the CGE's finances, which have increased significantly and which have allowed for new projects and investments. These include:

The final speech was by Ivan Botoucharov, who spoke about the activities of the Young Conservative Group for Europe, which include,

The AGM was followed by a drinks and canapes reception where the high-profile speakers mingled with all attendees and discussed many ideas for the coming year.

Become a member to take advantage of all our opportunities and to support the most important cause in current politics.